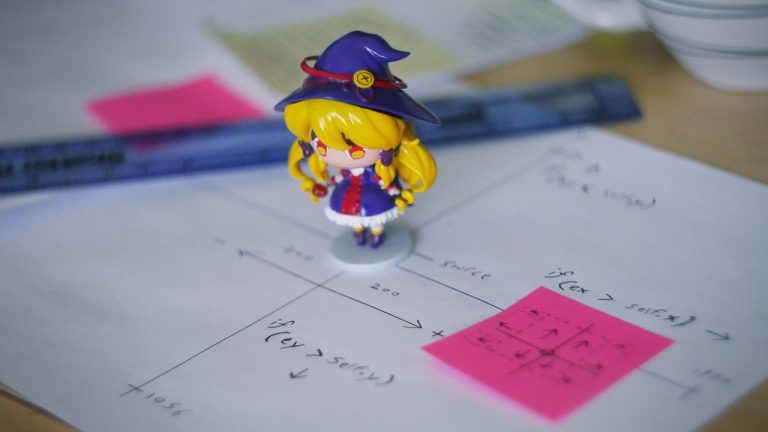 Tips on Game Development and Coding in General

Game development and coding in general can get very messy, very fast! Since we still don’t have something that I deem worthy to release to the public, I thought I might take this time to show our workflow. 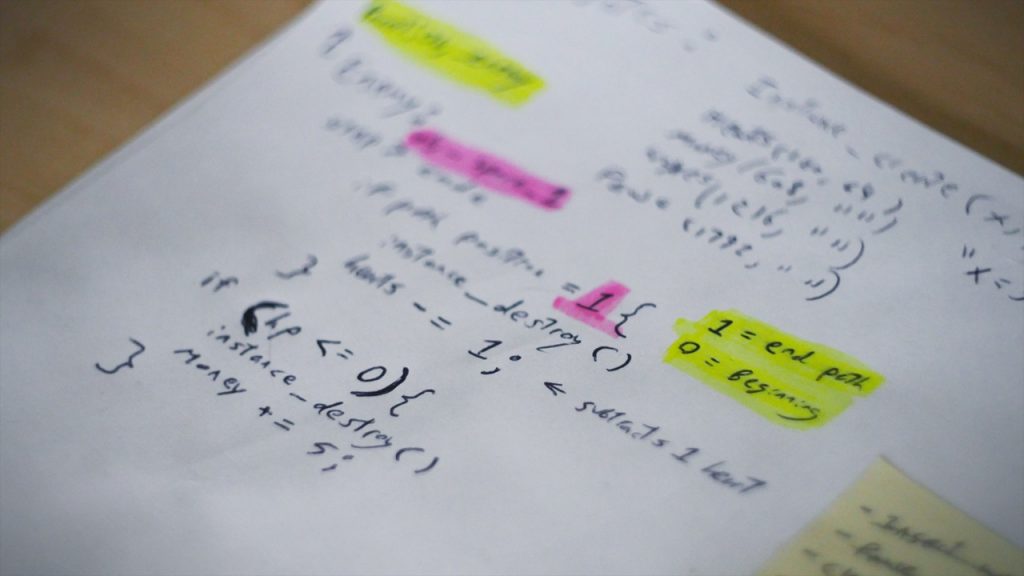 Most coding software and languages support in-code notes, however that certainly may not be enough, especially if multiple scripts, from multiple sources are running at once.

You don’t want to have to open every single file to refer to the in-code notes. And once the project gets massive enough, it will be impossible to remember what everything is doing exactly. This is where good old fashioned, hand written notes come in handy! You can create notes based on specific categories of the game and keep everything organized!

Be sure to date your notes, as whenever code gets updated you don’t want to be looking at outdated notes. 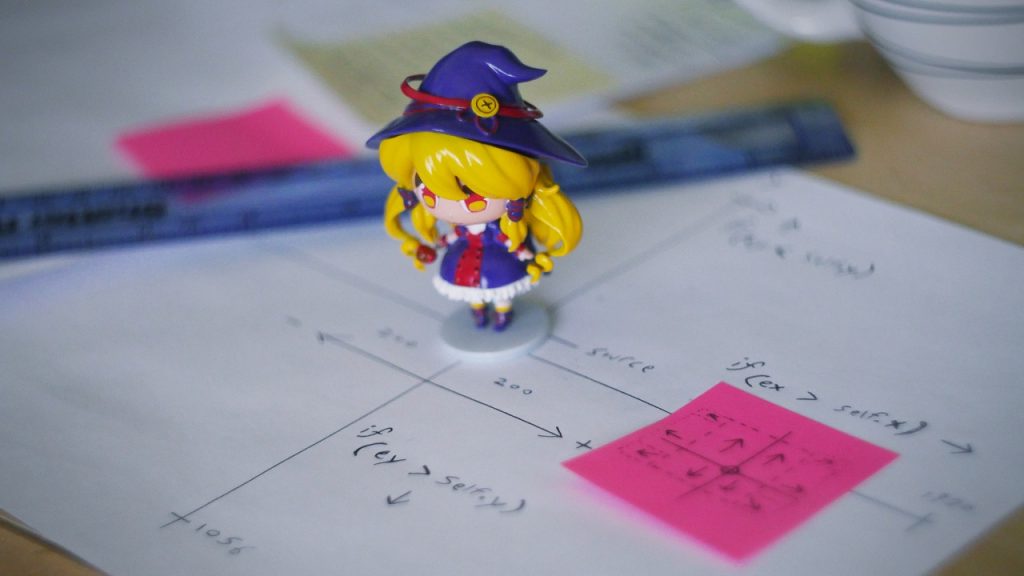 Sometimes functionality can be tricky and maybe you’re not in the mood to think abstractly. Using physical objects makes comprehending the concepts much easier. It also makes explaining certain things to your co-workers much more entertaining and allows them to both understand, and easily show you what they want by manipulating the physical objects.

We have this awesome witch figure (She’s an actual character from our game!) and she really comes in handy when it comes to working out/explaining certain features.

There is nothing worse than sitting in front of the computer without a game plan. You’re just setting yourself up to get lost on youtube or social media.

The best practice is to go in with a solid game plan, a to-do list really helps, but it’s not everything. You also need to understand each item on the to-do list and be able to visualize the end result in your mind. One of the toughest parts of game development for us was visualizing certain GUI elements and how it would operate exactly.

Without that end vision in our heads, it was a struggle to make any progress on it. I think I was subconsciously avoiding it for a while, simply because I didn’t want to admit that I had no game plan for it! One day I just sat down and pushed through it, and eventually we came up with a nice result. After that, the programming and integration part was a breeze!

Show Your Hard Work To Others

There’s going to be times when you feel “burnt out” or motivation runs dry. Sitting in front of a computer all day, coding, can be a very anti-social activity, especially when you’re not arguing with the front end people over animations or having any lunch breaks anytime soon.

Make sure you take some time to show off your hard work to others when you feel you need a break. You might also get some useful feedback or see a certain feature from another perspective. Showing your stuff to people, in person, can be a lot more productive than simply posting online, especially if it’s confidential, company-only stuff.

Sometimes you might work extra hard and get a huge surge of motivation, just to show off the next advanced feature to your co-workers, so it can really work to your advantage! Just don’t waste too much time talking, and you’ll be good!

Game development is a very fulfilling and educational experience. There’s not a better feeling than ending the day knowing that a ton of great lines of code was added to the project. Once you get the ball rolling, you just can’t stop! I’ve ended days with my mind buzzing with ideas and thinking up so much code I had to write it all down on sticky notes because I refused to destroy my sleep schedule!!!

Don’t ruin your sleep schedule… If there’s one thing that totally messes up concentration and productivity, it’s lack of sleep! Though I admit, I really feel so much more at peace and productive in the late hours of night…