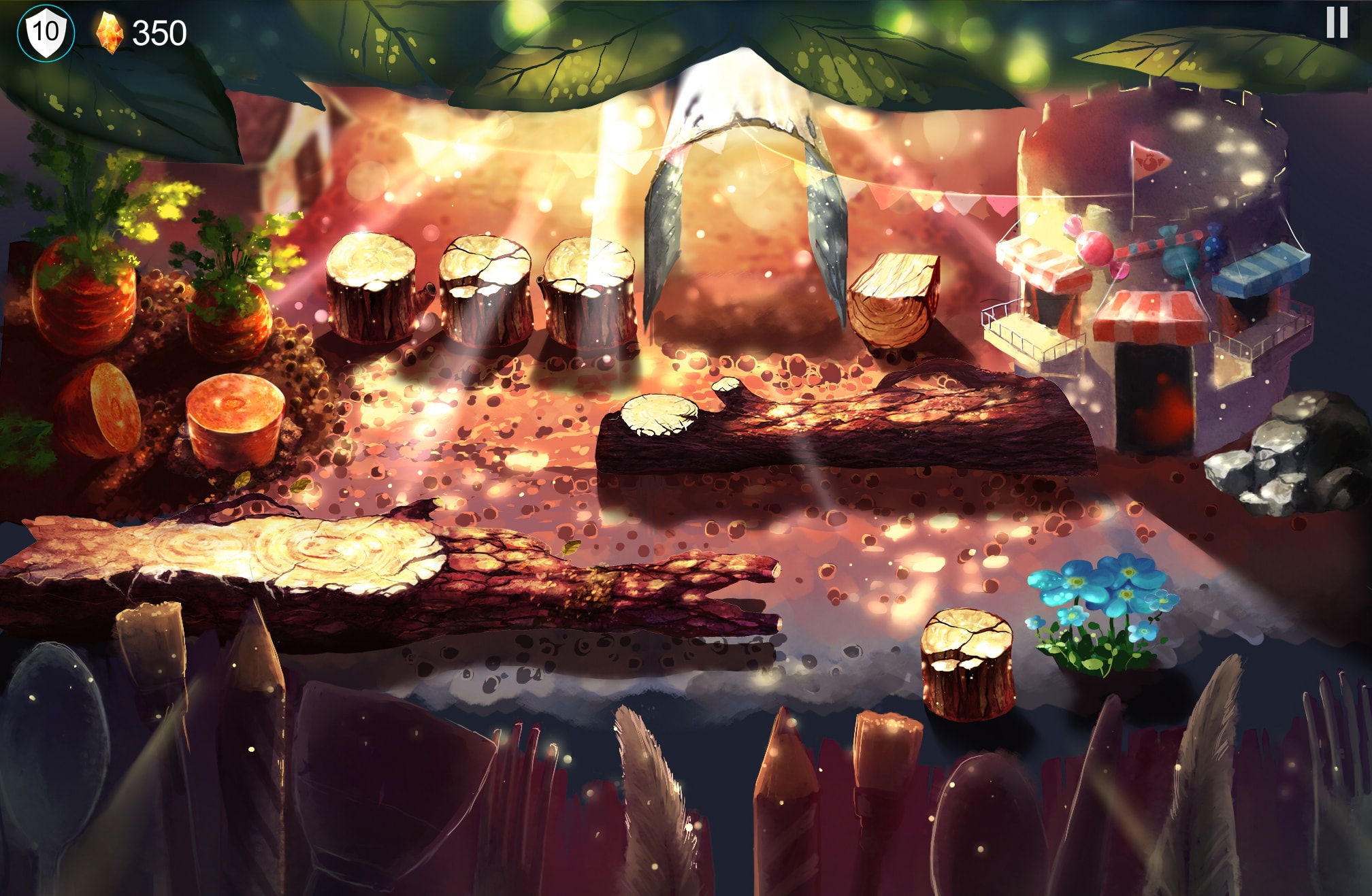 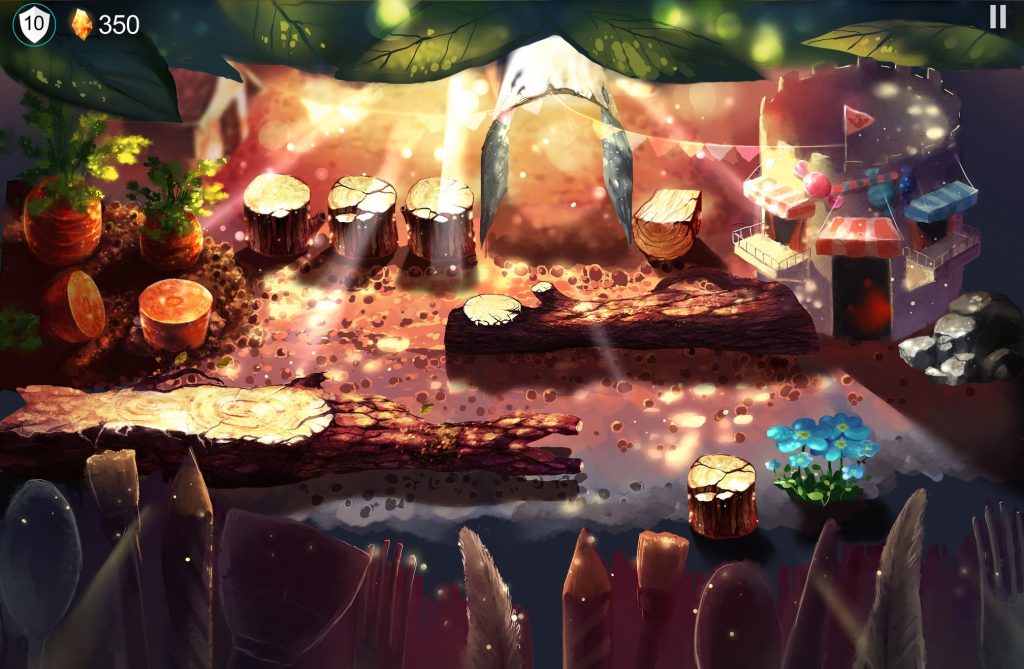 Pictured above are the art assets for the first level. These assets took about two months to fully design and built out. Part of the work was figuring out the exact look and color scheme we wanted for this level, the second part of the workload was actually designing and detailing all of the objects you see in the screenshot above.

The art assets here are not exactly the same as in-game level assets, as they still need to be optimized and created appropriately for game use. This includes turning the “floor” layer into ground tiles that can be repeated across the level as well as organizing some of the assets in a way that can be loaded and interacted with. So this is why the design of the first level is complete, the but actual first level of the game is not ready yet.

Here are some of the variants of this single level’s design. We have gone through quite a lot of variations from bright green daylight levels to duller designs, and finally to the design we think is key to this scene, both story wise and aesthetically.

On top of graphically refining the look and assets of the background elements, the “Summoning UI” has also been refined with a more minimalist approach to the initial visuals, followed by spectacular design and animation! It’s a lot more powerful this was as opposed to how it was before.

Now that we have completed the design of the first level, what remains is to actually implement these assets into the game engine itself and start working with it. On top of the still design assets pictured above, there are animated assets that need to be worked out such as the light rays, dust particles, and other elements that can’t be seen in that still image alone.

We have come a long way with the design, graphics, and sound of our game. I am pleased to announce that many people have given us overwhelming positive responses from the above still screenshot posted. Visuals is a huge part of what people judge in a game, so there is no doubt in my mind that simply having good graphics will take the game a long way in terms of its reputation and respectability.

There is still more that needs to be worked out gameplay wise, and we will get to that in a future update once this firsts level is put into action!